On Easter Sunday, Pope Francis celebrates Mass surrounded by a stunning floral display made up of 30,000 tulips, hyacinths and daffodils.

On Easter Sunday, in an altar in front of St Peter’s Basilica, something resembling a communing with nature will take place when Pope Francis celebrates Mass surrounded by a stunning floral display made up of 30,000 tulips, hyacinths and daffodils. The square will be an awash of yellow, dark purple, salmon and orange while hundreds of three foot tall delphiniums will decorate the famous colonnades surrounding the piazza.

Then, afterwards, when he gives his blessings to the city of Rome and the world, the Pope will appear on a balcony surrounded with white 'Avalanche' roses. These flowers are not the handy work of priests and nuns in the Vatican gardens, but are arranged by a team of florists from the Netherlands who the Pope thanks from the balcony and then personally greets afterwards.

Since 1986, the country which is the world’s largest exporter of flowers has been in charge of the flowers to St Peter’s at Easter.

It is a tradition which started following Pope John Paul II’scontroversial visit to Holland a year earlier which had been marred by protests. The warmest welcome, however, were the flowers organised by the “Bloemenbureau”, the Dutch national flower society and later the Vatican agreed that the Netherlands would be in charge of the Easter floral display. Read more... 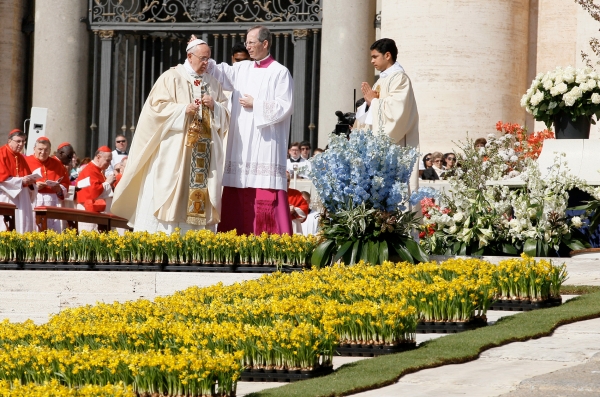 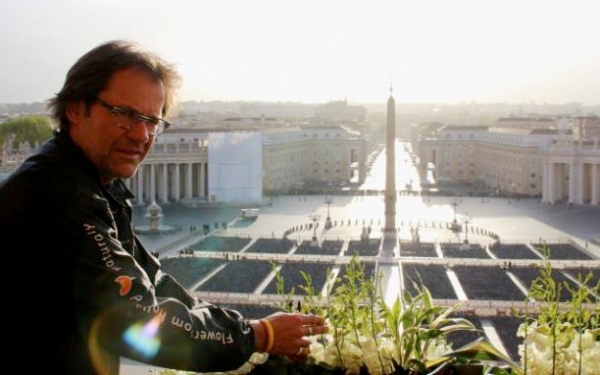 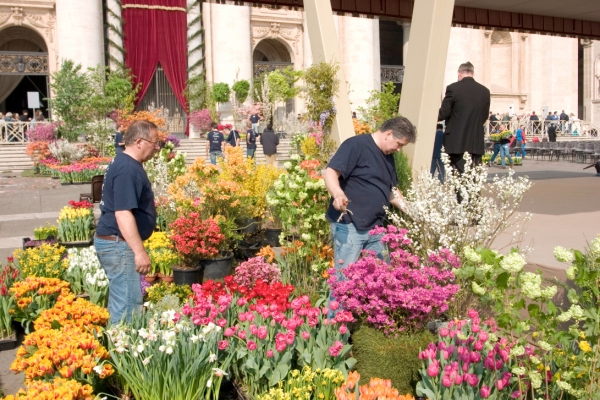